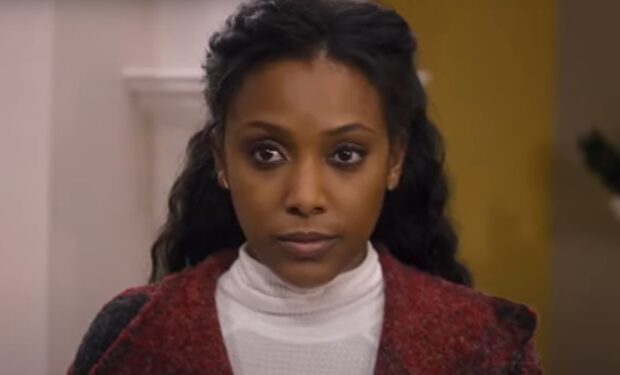 Meagan Holder in Cooking Up Christmas (OWN)

The protagonist of the new OWN holiday movie Cooking Up Christmas (which was filmed in Atlanta!) is beautiful and single chef Chloe. When she’s hired to cook for professional athlete Donovan Jackson (Lamman Rucker) for the holidays, she finds herself challenged at first but then they eventually fall in love with each other.

Chloe is portrayed by Meagan Holder. The Los Angeles native is known for her roles on UnREAL (Noelle), Pitch (Evelyn Sanders), Make It or Break It (Darby), and Bring It On: Fight To The Finish with Christina Milian (see photo below), among others.

Cooking Up Christmas premieres on OWN on Tuesday, December 15 at 9 pm.