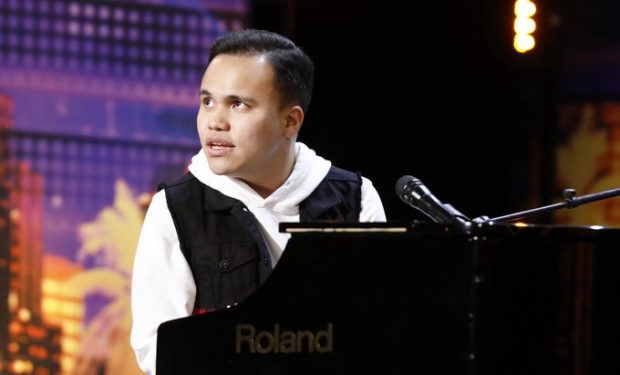 Kodi Lee is the 24-year-old singer/pianist from California who performed Leon Russell’s “A Song For You” for his audition on Season 14 of America’s Got Talent in May 2019. All four AGT judges — Simon Cowell, Julianne Hough, Gabrielle Union and Howie Mandell — gave Kodi (who is legally blind and autistic) a standing ovation and Union pressed the Golden Buzzer. (Kodi was later named the winner of the competition.)

Kodi’s audition will be featured on the AGT 15th Anniversary Special on August 4.

Since winning AGT, Kodi has performed several times on stage and on TV but one of the most unique was backstage and with Julianne Hough‘s brother and fellow former Dancing with the Stars pro dancer Derek Hough (now a judge of Jennifer Lopez‘s World of Dance).