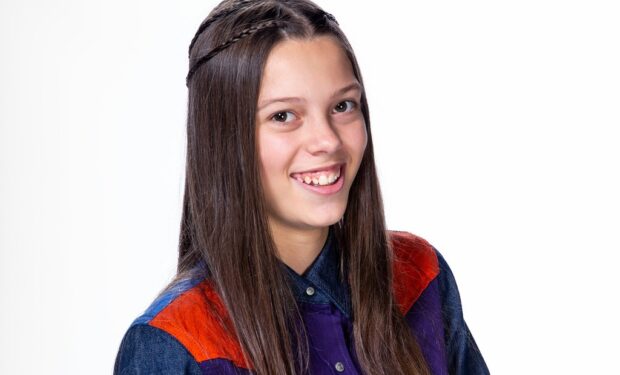 Courtney Hadwin was the memorable teenage singer who competed on America’s Got Talent in 2018 and got AGT judge Howie Mandel to press the Golden Buzzer after her audition. The performance has been watched more than 56 million times on YouTube and is featured in the America’s Got Talent 15th Anniversary special episode on August 4.

(Note: Courtney made it to the Top 10 finals and came in second-place behind magician Shin Lim who won the competition.)

Courtney who was 13 at the time of her AGT audition has since signed a record deal with Simon Cowell‘s SYCO record label and Arista Records and in 2019 released The Cover Sessions a four-track EP including her cover of the Jonas Brother’s hit “Sucker.”

Courtney, who’s now 16, has been spending time back stage with some of her favorite artists including Lady Gaga, Steven Van Zandt and Paul Stanley of KISS…