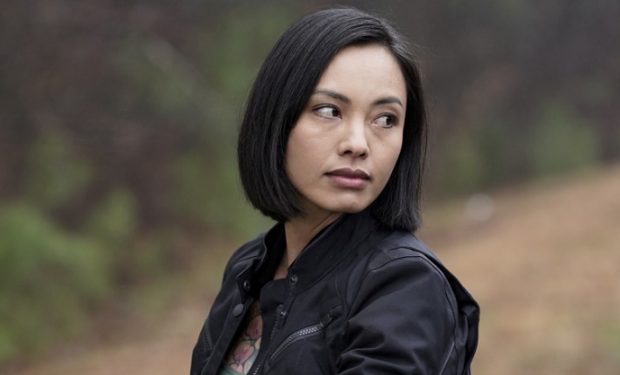 When not filming MacGyver, Tran (a tattoo model) spends a lot of time at the beach and sometimes without a bra and sometimes in a bikini. Both fashion choices usually reveals her incredibly tattooed body, as seen above and below. What’s always true is that she looks amazing!

MacGyver airs Fridays at 8 pm on CBS, right before Hawaii Five-0 at 9 pm, and Blue Bloods at 10 pm. [NOTE: Stream S.W.A.T. or any CBS show through Amazon Prime or CBS ALL-ACCESS with free trials.]