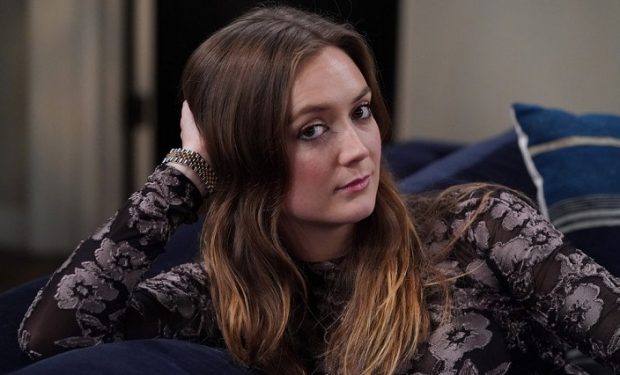 Billie Lourd as Fiona Adler on WILL & GRACE (Chris Haston/NBC)

In the Will & Grace episode “Bi-Plane,” while Jack (Sean Hayes) is tempted to use his “sleep with a celebrity hall pass” on Ryan Phillippe, Will (Eric McCormack) and Grace (Debra Messing) decide to intervene when they discover Grace’s niece Fiona (Billie Lourd) is dating a bisexual man (Peter Graham plays Trevor).

When not on a TV or movie set, Lourd (who is the daughter of the late great Carrie Fisher) is living her best life (and sometimes in a string bikini) and using the hashtag #blaséontheoutsideblessedontheinside to prove it.

Lourd is the one in the string bikini below, and, yes, that is Bravo’s Andy Cohen on the far right!

The role of Fiona Adler for Lourd is a special one as her late grandmother Debbie Reynolds played Grace’s mother on the show.

Will & Grace airs Thursdays at 9 pm on NBC.