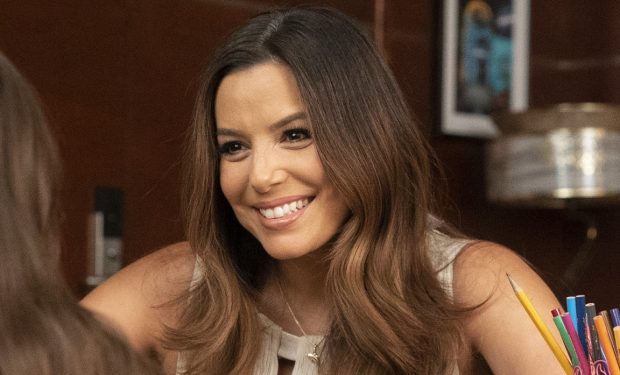 When not on a Hollywood movie or TV set, actress/producer/director and overall supermom Eva Longoria (Grand Hotel, Dora the Explorer, Desperate Housewives) enjoys time with her husband and their one-year-old son, Santiago.

In the video below, Longoria reveals the “nightly ritual” with Santiago, and explains that he loves to sing in the shower. She is trying to teach him the signs of the song.

The adorable video got the attention of several celebrities including tennis champion and new mom Serena Williams who wrote: “He’s so handsome.”

Actress Debra Messing said the video gave her flashbacks “to that glorious time” when her son learned signs before he was able to speak. “It’s all miraculous,” Messing wrote, “Thank you for sharing sweet Eva.”

Longoria will appear next on the big screen in the movie Sylvie, set in Harlem in the 1950s, with Tessa Thompson of Westworld fame.