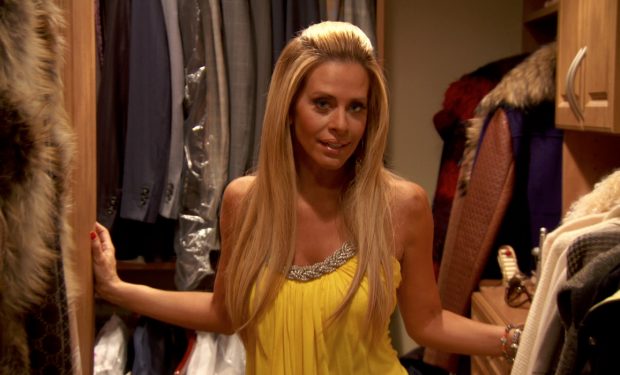 On The Real Housewives of New Jersey episode “40 and Fancy Free,” while Melissa Gorga turns 40 and celebrates with a big party, her sister-in-law Teresa Giudice continues to struggle with legal issues involving her husband Joe Giudice who was deported to Italy after serving three years in a U.S. prison. The good news is, Teresa’s best friend, and former Housewife, Dina Manzo, returns to help her “soul sister” of 25 years.

Manzo spent time in Italy this year, too, and in a black bikini. She captioned the photo, below: “Give a girl a caftan and a floppy hat and there will be a photo shoot every time” although it’s the only bikini pic on the 47-year-old’s Instagram account.