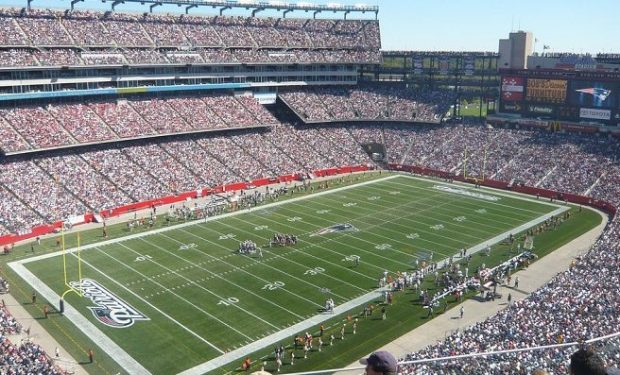 If you’re tired of watching Super Bowl champion quarterbacks like Eli Manning and Tom Brady playing against each other, this is the NFL season for you. Giants rookie starting quarterback Daniel Jones is making a splash in New York while fellow rookie Jarrett Stidham has been named backup QB for Brady in New England.

Stidham played his first NFL game against the New York Jets when he relieved Brady in the fourth quarter. Alas, he threw a 61-yard pick six to Jamal Adams, but the Patriots won 30-14. Stidham’s future looks bright despite the pick.

Kennedy’s fans are dying to know where she got that t-shirt dress and thigh-high boots! The two New England Patriots players and their wives saw DJ Khaled together at TD Garden, too.

P.S. The New England Patriots face the New York Giants at Gillette Stadium on Thursday, October 10 at 8 pm on FOX.