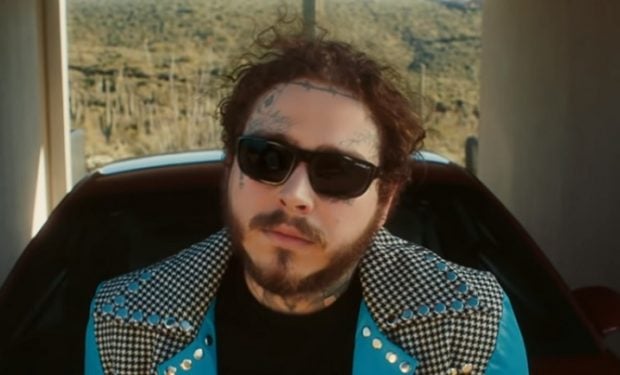 Post Malone is the 23-year-old white rapper who broke out with his 2015 single “White Iverson.” His second studio album Beerbongs & Bentleys was nominated for Album of the Year at the 2019 Grammy Awards. He’s easily identified by the tattoos on his face including the words “always” and “tired” under both of his eyes, among others.

The young singer is now expanding his resume to include acting – he’s in Mark Wahlberg’s forthcoming movie Wonderland based on the old Spencer TV cop series – and fashion. In May, Malone announced a collection of sunglasses, Post Malone x Arnette.

For the Post Malone x Arnette promotional video (below), Malone models the sunglasses in the desert standing near a cactus. The song featured is “Yours Truly, Austin Post” from his debut album Stoney.