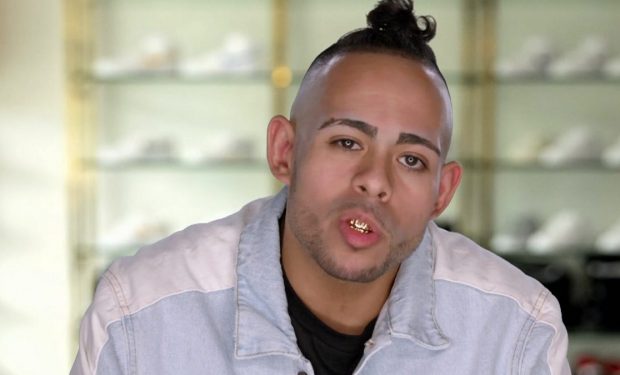 On the series premiere of Growing Up Hip Hop: New York, “Face the Fyre,” while Ja Rule’s kids suffer the backlash of Fyre Festival, Fat Joe and his 24-year-old son Ryan Cartagena clash over his music career. In the sneak peek video below, when Fat Joe warns his son, “I can tell you 50 rappers’ sons who never made it,” Ryan objects and yells, “Yo, that’s what I do.”

When Ryan was 15, Fat Joe said in an interview that Ryan was “a good kid with a 97 average in school, but I have to stay strict with him.” He also admitted: “I technically don’t want my son [Ryan] to be a rapper, he wants to rap but I would like it better if he did something else.”

The 49-year-old Bronx-born rapper Joe is married to Lorena Cartagena and is the father of three children. His oldest is Joey, 27; his youngest is 13-year-old daughter Azariah. See Cartagena kid photo below.