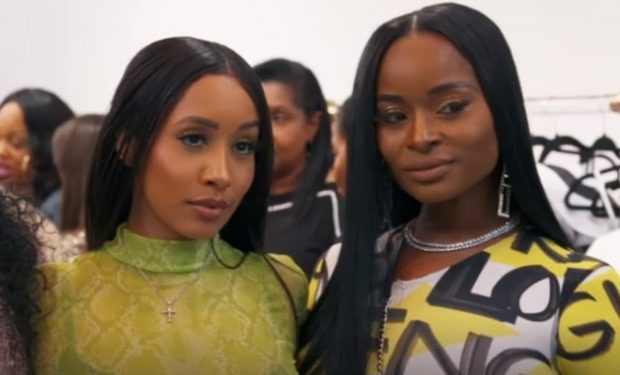 Feby and Dominique at the Sip and Shop on Basketball Wives, VH1

On Season 8 of Basketball Wives, Evelyn Lozada accepts Jennifer Williams’ apology for talking about her daughter Shaniece Hairston. While they’re not the best of friends, Evelyn does good when she attends Jen’s cancer fundraiser in honor of Jen’s late mother.

All the ladies including Feby Torres and Jen’s friend Dominique, show up and they’re dressed to the nines! Dominique wears Giuseppe Zanotti’s “watch” strap 5″ stilettos.

Dominique is married to retired NBA basketball player Voshon Lenard, who played college ball at the University of Minnesota before he was selected by the Milwaukee Bucks in the 1994 NBA Draft. He later signed with the Miami Heat led by coach Pat Riley, and played for the Denver Nuggets, Toronto Raptors, and the Portland Trail Blazers before he retired in 2006.