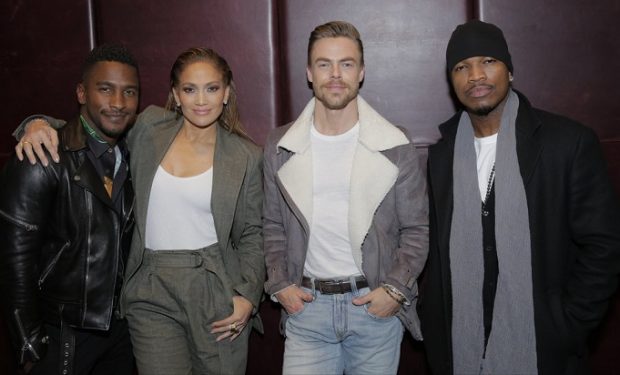 For the first two seasons of World of Dance, professional dancer/actress Jenna Dewan Tatum was the host of the TV dance competition. She encouraged the dancers behind the stage and on stage in front of the judges Jennifer Lopez, Ne-Yo and Dancing with the Stars Mirrorball trophy winner Derek Hough. A lot has happened over the past two seasons: Tatum got divorced from actor/dancer husband Channing Tatum (she goes by Dewan now) and she landed the role of medical sales rep Julian on Fox’s popular medical drama The Resident. Dewan is spending more time on her acting career. Her most recent film, Berlin, I Love You, a romantic comedy with Keira Knightley, Helen Mirren, Luke Wilson and Mickey Rouke, was released in February 2019 (see link below). While Dewan is filming the forthcoming Netflix musical series Mixtape created by Quantico creator Joshua Safran, TV host Scott Evans is taking her place on World of Dance.

[Watch Jenna in the 2019 film Berlin, I Love You with Keira Knightley and Helen Mirren]

New World of Dance host Scott Evans is best known as a correspondent for the entertainment news show Access Hollywood (now called just Access) where he’s interviewed celebrities including Taylor Swift, Mariah Carey and Will Smith, among others. The 32-year-old Purdue grad launched his career as the host/MC of the NBA’s Indiana Pacers and the WNBA’s Indiana Fever home games. World of Dance airs Sundays at 8 pm on NBC.

Check out Scott dancing with The Hoff on Access Live…

I had a dance HOFF with @DavidHasselhoff and it was epic. You think we get him on @NBCWorldofDance?! pic.twitter.com/x5bL5vPyUE