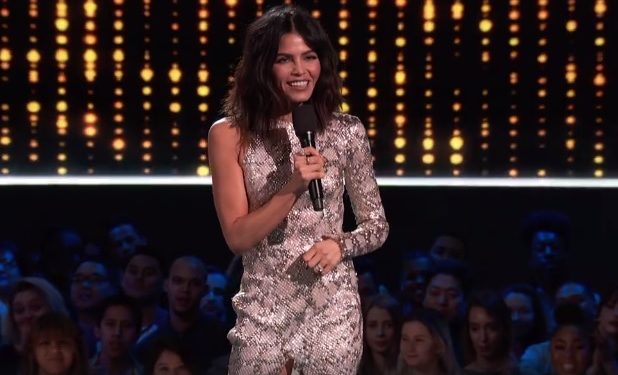 If you can get former Fly Girl Jennifer Lopez to say “Wow” or Dancing with the Stars pro Derek Hough to say “Extraordinary”, you might have a chance on the new TV reality competition show World of Dance. JLo refers to World of Dance as “the Olympics of dance” but with a $1 million prize. Third judge Ne-Yo can attest that every contestant on the show “is at the top of their game.”

[Left: Before Magic Mike, there was Step Up]

The host of World of Dance is dancer/actress Jenna Dewan Tatum. She’s known for her role as Nora in the Step Up movies, where she met her husband Channing Tatum, father of her 3-year-old daughter. Jenna launched her dance career as a backup dancer for Janet Jackson (see below), and later Pink, Missy Elliott, and Christina Aguilera. World of Dance airs Tuesdays at 10pm on NBC, right after America’s Got Talent.