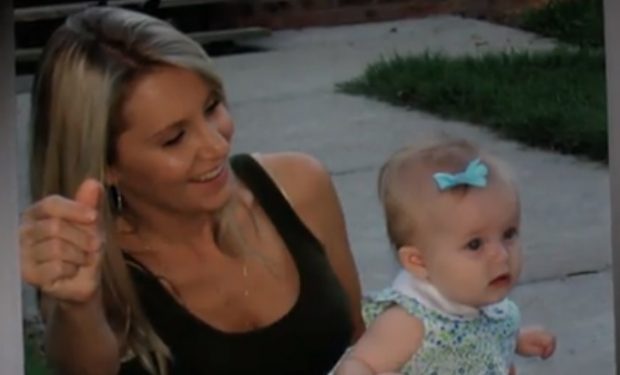 The 48 Hours episode “Fatal Crossing” investigates the deaths of Kadie Lee Hall Major, a 26-year-old mother, and her 10-month-old daughter River Lynn Major. On the icy cold night of January 17, 2008, they were found dead near train tracks in Moncks Corner, South Carolina. Kadie’s body (she was four months pregnant with a son to be named Aadon Robert Major) was found near the train tracks while River Lynn was found drowned in a creek about 50 yards away. Kadie’s death was ruled a suicide within days.

Correspondent Peter Van Sant interviews Kadie’s mother Vicky Hall and the detective assigned to the case in 2008. The detective believes it was a murder-suicide. Kadie’s mother disagrees and says the sheriff’s department has been “avoiding me.” Kadie’s family hired a private investigator, Jessica Sanders, who also believes Kadie did not step in front of the train and thinks Kadie’s husband Aaron Major killed Kadie and River Lynn.

In September 2018, the ten-year-old case was reopened. Berkeley County Sheriff Duane Lewis said there are multiple persons of interest including Kadie’s husband. Lewis said “he is not the only one, we are casting a wide net to ask people to come forward; persons of interest can be someone who we want to talk to or need to talk to.” When Van Sant tracked down Kadie’s husband Aaron Major for an interview, he was denied.

Anyone with information potentially relevant to the investigation is asked to call the task force hotline at 843-719-7700. There is a $25,000 reward. 48 Hours airs Saturdays at 10 pm on CBS. [Watch It Again? Stream all CBS shows through Amazon Prime or CBS ALL-ACCESS. Both options offer free trials.]