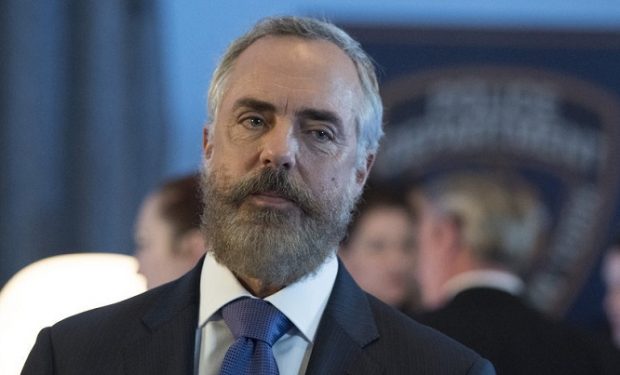 In the Law & Order: Special Victims Unit episode “Blackout,” defense attorney Nikki Staines (Callie Thorne) reports that she was raped after a police charity event and is now suing the NYPD. Detective Olivia Benson (Mariska Hargitay) reluctantly looks to her own for a suspect. As Rollins (Kelli Giddish) reminds Benson, “a lot of cops have personal vendettas against her (Staines).” At another police charity event, Benson and Rollins have a conversation with Deputy Chief William Dodds (Peter Gallagher) and NYPD Attorney Rob Miller.