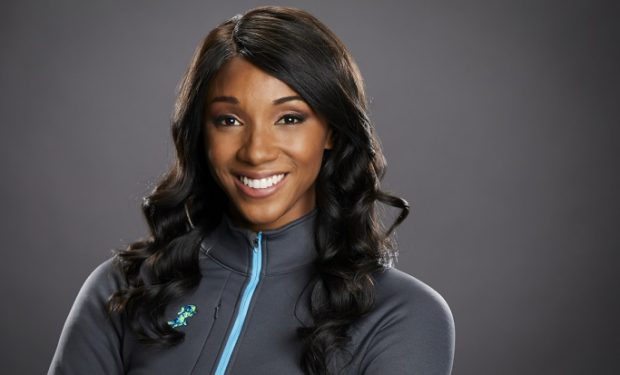 NBA superstar LeBron James will make a cameo appearance on the premiere of the new TV obstacle competition Million Dollar Mile on Wednesday, March 27 (9pm, CBS). James is an executive producer. Former NFL quarterback Tim Tebow is the face of the show as the host. While the everyday contestants face off against the Defenders, a group of elite OCR (Obstacle Course Racing) athletes and try to win the $1 million prize, play-by-play commentary will be provided by two professionals: the voice of the L.A. Chargers Matt “Money” Smith and ESPN host and reporter Maria Taylor.

After playing volleyball and basketball at the University of Georgia (2005-2009), the 6’2” Maria Taylor launched her national broadcasting career in 2013 as a sideline reporter on ESPN2, covering the Orange Bowl. She is now an analyst and host for ESPN and the SEC Network where she covers college football, volleyball, and basketball.