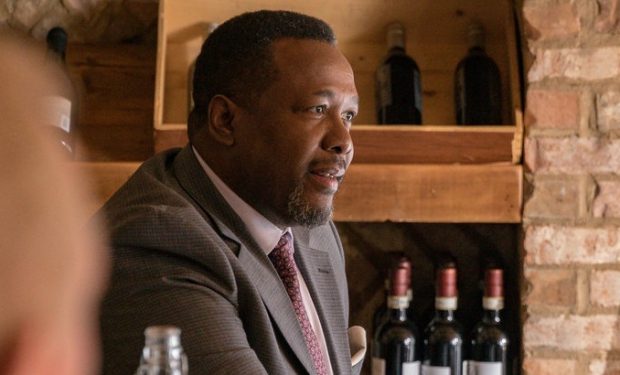 In the Chicago P.D. episode “Night in Chicago,” Atwater (LaRoyce Hawkins) goes undercover to bring down the longtime head of a criminal enterprise and becomes entangled in a situation that tests his allegiances as well as his conscience. Meanwhile, politician Brian Kelton (John C. McGinley) meets Alderman Ray Price at a fancy restaurant.

When Hank Voight (Jason Beghe) walks in, Kelton tells him he wants Price to publicly endorse him for Mayor. Price doesn’t mince words with Kelton: “I keep telling you man, you’re bad for my brand…even though I like you, more or less.” When Kelton leaves the table, Price leans in and gives Voight valuable information regarding a big time supplier.