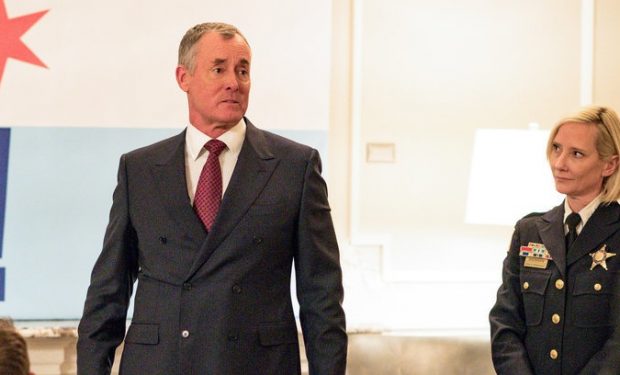 In the Chicago P.D. episode “Trust,” a defense attorney is murdered after a fundraiser, and Voight’s (Jason Beghe) Intelligence must confront the world of campaign finance, which makes them reconsider their decision to back the current pro police mayoral candidate Brian Kelton. The fundraiser was held for Kelton, the current Superintendent of Police, who Deputy Superintendent Katherine Brennan (Anne Heche) is rooting for (for her own politics motives). Brennan is pressuring Voight to back Kelton, too. But supporting Kelton won’t be easy for Voight. After the event, Kelton has a private conversation in an alley with a worried-looking Halstead (Jesse Lee Soffer).