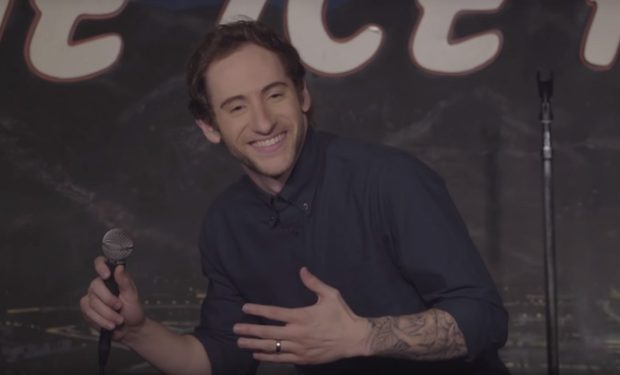 During the third round of auditions for Season 13 of America’s Got Talent,, the world will meet stand-up comedian Samuel J. Comroe. He has Tourette Syndrome and a twitch which he incorporates into his show (he can’t help it!). Comroe isn’t the first comedian on AGT to work a physical impairment into his act. Stuttering comedian Drew Lynch got Howie Mandel’s Golden Buzzer and was the Season 10 runner-up in 2015.

Not only is Samuel talented but he’s also “hella blessed,” as he says when he posts photos of him and his gorgeous wife, artist/illustrator Alfe Azaz. The high school sweethearts also have an adorable little daughter Zania. America’s Got Talent airs Mondays at 8pm on NBC.

There is no one more supportive or loving in my life than my husband @samueljcomroe he’s truly my best friend and the greatest love of my life #highschoolsweethearts happy Valentine’s Day love!