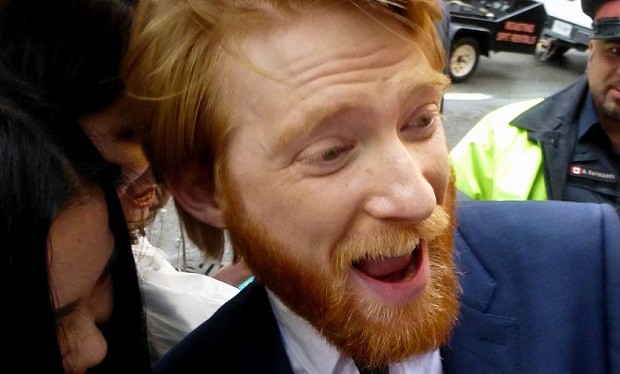 With Saoirse Ronan up for an Oscar for her performance in Brooklyn, the Irish actress’s profile is rising, which means Hollywood is having to learn exactly how to pronounce her name. It’s best pronounced SIR-sha or SEER-sha. She knows that Irish names can be a little difficult to pronounce for some people and has been helpfully giving lessons. Grainne, Caoimhe, and Seamus are not, as you might suspect, pronounced Grainy, Camehy, and Seemus, but GRAWN-ya, KWEEV-a, and SHAY-mus.

Ronan isn’t the only Irish actor whose Hollywood stock is on the rise. Domhnall Gleeson had an exceptional 2015, appearing in Ex-Machina, The Revenant, and Star Wars: The Force Awakens. And with an increased profile comes an unexpected problem: how best to say his name? Its DOUGH-nal, by the way. “The m is just there to confuse Americans,” he jokes. One of those confused Americans is Leonardo DiCaprio. You’d think that after being through hell with him for months on the set of The Revenant, DiCaprio would know how to say Domhnall’s name. Apparently not. In his acceptance speech at Saturday night’s SAG Awards, DiCaprio thanked his co-star, DUMBLE GLEESON.