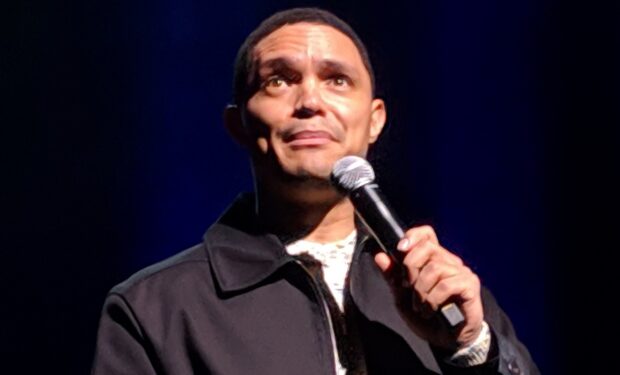 Late night talk show hosts work exhausting hours, and when they quit it’s natural they should let their hair down, as the saying goes. Sometimes it’s literal. Remember David Letterman — the perpetually clean-shaven maven of The Late Show — turning up in a grizzly beard not long after leaving the network’s clutches?

Well former Daily Show host Trevor Noah is back on TV post prime time again, appearing on Stephen Colbert’s show to talk about his career changes and what he’s got planned next. (Noah is on a whirlwind standup tour thick with dates across the country, scheduled until at least December 9, 2023.)

Noah’s look may surprise — and likely delight — those who are expecting him to look just as he did behind The Daily Show desk. That is, if he keeps his vacation hair. If so, Noah has surely one-upped Letterman in the post-late-night-host look change Olympics, putting on some exquisite braids action, as he shared in a recent social post.

But Dulce Sloan, the actor-comedian who worked with Noah at The Daily Show, had the description that won the day: “These braids. Sir. You a whole problem.”