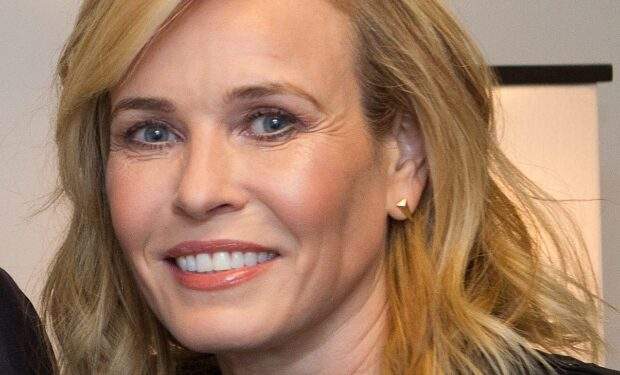 In case you haven’t heard, comedian Chelsea Handler will take on any subject she thinks is funny, no matter the potential taboo. She’s also willing to give credit where credit is due.

Sure, in the clip below, she at first laughs at young Mormons of Brigham Young University (and beyond) for their moratorium on certain types of sexual activity — indeed, the most common type.

But then Handler also stands in awe of the inventiveness of the Mormons when it comes to exploring experimental alternatives to those banned actions. Never in her admittedly vast experience, for example, has Handler seen armpits used in such innovative and — evidently — pleasurable ways.

The Mormons, she says, “are trying to stick things where they don’t belong.” The armpit action is called bagpiping, and the name also impresses Handler. See, it’s not just the technique that’s so impressive, but also the use of the language — a comedian’s instrument, by the way.

Handler says she wants to give a “shout out” to the Mormons “because I keep learning all these new phrases for different ways to have sex — by shaking the bed…by having sex with an armpit. I mean way to go — you guys are crushing it.”

The subject was stirred up by a rumored crabs epidemic among students at BYU during the fall term, allegedly caused by the aforementioned bagpiping.

Handler will have even more room to explore such quirky matters of interest, as she will soon be seated at The Daily Show host desk. Others filling in for the departed Trevor Noah are Al Franken, D. L. Hughley, Leslie Jones, John Leguizamo, Hasan Minhaj, Kal Penn, Sarah Silverman, Wanda Sykes and Marlon Wayans.