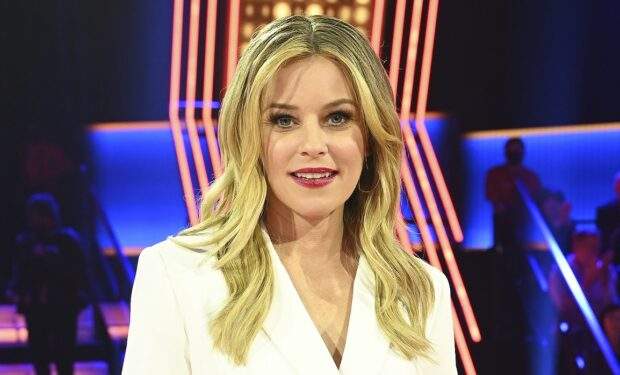 Many Hollywood stars are in Salt Lake City, Utah for the annual Sundance Film Festival, where films are viewed in public for the first time with the hope of being purchased by production companies. Oscar-winner Jennifer Connelly (A Beautiful Mind) is there to promote Bad Behaviour, and Brooke Shields is there to promote the documentary, Pretty Baby, about her life and career as a model and actress.

When Press Your Luck host and actress Elizabeth Banks (The Hunger Games, Call Jane) reported from Utah, she announced that she’s been hanging out with the people who run the canned sparkling wine company Archer Roose. (Banks is the celebrity spokesperson for the brand.)

Banks’s fans are going wild over the hot pink stretch velvet suit and matching lipstick she wore at the festival.

The design label behind the suit with the “nipped in waist”, J. Crew, replied: “Cheers to being best-dressed” with a pink emoji.

More than one fan replied: “Pretty in pink.” Another chimed in: “You may be the only person who can pull off a hot pink suit. My hat’s off to you, ma’am!”

Banks can even pull off pink hair as seen above for the movie Happytime Murders.