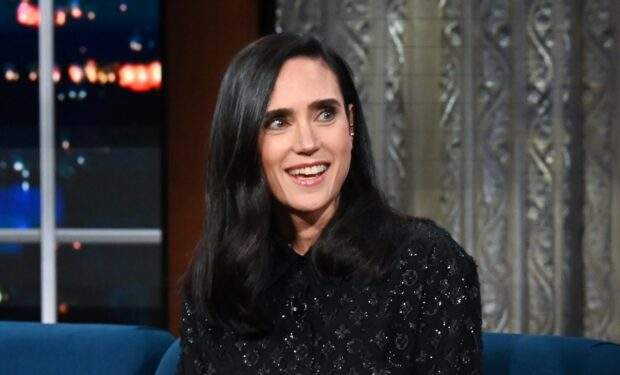 Hollywood movie star Jennifer Connelly is known for her roles in blockbuster movies including A Beautiful Mind with Russell Crowe (which won her an Oscar), House of Sand and Fog with Sir Ben Kingsley, Labyrinth with David Bowie, and most recently Top Gun: Maverick with Tom Cruise.

Get ready to see more of Connelly: she will appear next on the big screen in a drama titled Bad Behaviour.

Connelly plays the protagonist, Lucy, a former child actress who seeks enlightenment at a silent retreat led by her spiritual leader Elon Bello (Ben Whishaw, No Time to Die) “at a beautiful mountain resort with a Tesla-crammed parking lot.”

Before going off the grid, Lucy self-sabotages her spiritual pursuit by calling her daughter, a stuntwoman (Alice Englert, Beautiful Creatures) who’s practicing for a big fight scene. Englert directs and wrote the script.

According to the official Bad Behaviour description: “When a young model/DJ/influencer at the retreat is paired up with Lucy to do a mother/daughter role-playing exercise, hellfire stokes Lucy’s bad behavior to an astonishing low.”

Lucy is described as “a toxic white woman” whose story ends up proving “that purging anger as a redemption strategy can really get someone hurt.”

With the still above, Connelly, a real life former child star (she was 15 when she filmed Labyrinth), announced that Bad Behaviour will make its premiere at the 2023 Sundance Film Festival in January 2023.

Fun fact: Labyrinth wasn’t Connelly’s first film. She starred in the 1984 movie Once Upon a Time in America with Robert De Niro. She played young Deborah (Elizabeth McGovern, She’s Having a Baby, Downton Abbey). See clip above.