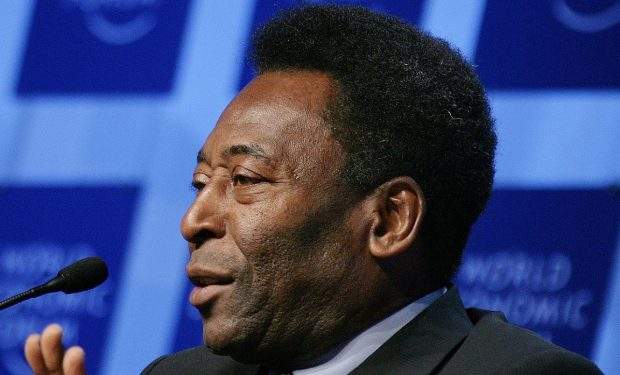 Every year, the Pelé Foundation will recognize a fútbol player, a non-profit organization and “an inspiration,” that has had “a significant contribution, commitment to philanthropy, and community impact that aids and empowers children through educational, anti-poverty or health efforts.”

With the photo above, Pele announced the inaugural Three Hearts Awards honorees:

In March 2021, Pelé — pictured above with the Ronaldo — wrote to his successor on the world soccer stage: “Congratulations on breaking my record of goals in official matches. My only regret is not being able to give you a hug today. But I leave this photo in your honor, with great affection, as the symbol of a friendship that has existed for many years.”

Pelé is also busy promoting his new Roots of Fight clothing label. Swipe above to see the new Stadium Jacket which is “inspired by the unforgettable success of that 1970 Brasil team.”