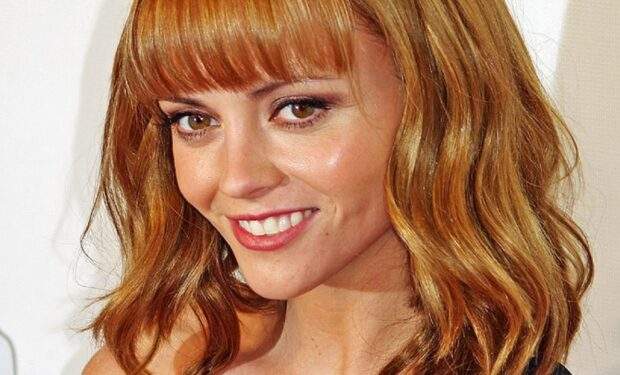 Hollywood movie star Christina Ricci is known for her roles in a diverse list of movies over the years including Mermaids, The Addams Family, Pecker, Pumpkin, Prozac Nation, and Monster, to name just a few. When not filming her new series Yellowjackets with Juliette Lewis, the 41-year-old expecting actress spends time with her new husband, hair stylist Mark Hampton, the father of her (yet-to-be-born) second baby.

The cute couple announced their wedding vows on October 9. Four days later, Christina shared the gorgeous blonde bob and bangs photo below with the caption: “New hair thanks to my HUSBAND!” As one fan replied: “Love the bangs!”

Mark is also responsible for Christina’s hair and makeup in the baby announcement photos below.

Mark wore all the hats for the photo below: hair, makeup and photographer!

Get ready to see more of Christina: she’s joined the cast of The Matrix: Resurrections with Keanu Reeves and Jada Pinkett Smith, among others. The movie is scheduled for a December 21, 2021 release.

Check out the creepy trailer to Yellowjackets, above!