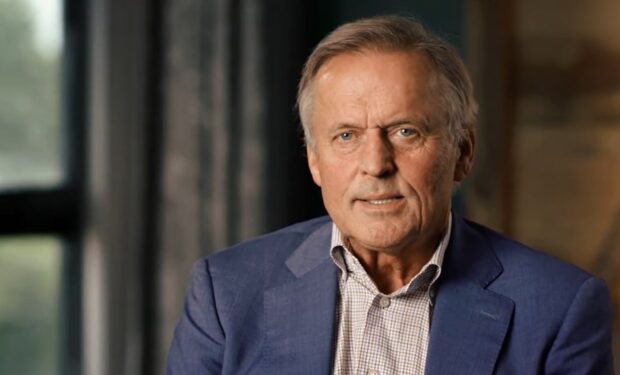 On 20/20, reporter Amy Robach interviews former Texas high school principal Joe Bryan in prison, and out of prison. He was convicted of the murder of his wife, elementary school teacher Mickey Bryan in 1985. After spending the past 35 years in prison (he was sentenced to 99 years in prison), Joe Bryan, now 81 years old, was approved for parole.

Robach also interviews best-selling true crime author John Grisham, who was inspired by Mikey’s murder to write his 2019 novel The Guardians. The victim of The Guardians is a lawyer who was shot dead at his desk while working late one night. Similar to the Bryan murder, no clues were left behind, and there were no witnesses nor motives.

Get ready to hear more from Grisham: his promoting his new novel, The Judge’s List, which will be released on Tuesday, October 19. Grisham says: “To my knowledge, in the history of our country, no sitting judge has ever been accused, let alone convicted, of murder. That’s all about to change in The Judge’s List.”

Five years ago, Grisham wrote The Whistler, which features the protagonist Lacy Stoltz, who investigates complaints made against Florida judges. Well, she’s back in The Judge’s List. She meets a mysterious woman who says her father was murdered 22 years ago. It’s a cold case but the woman claims she’s found the killer – who happens to be a judge and one under Lacy’s jurisdiction.