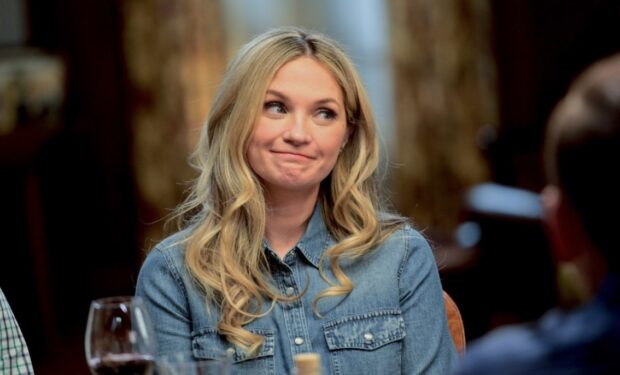 On the Blue Bloods episode “Protective Instincts,” while Frank (Tom Selleck) must decide between remaining police commissioner and pursuing a new professional endeavor proposed by his old friend Lenny Ross (Treat Williams), Sean puts his Uncle Jamie (Will Estes) and Aunt Eddie (Vanessa Ray) in a tough position. That’s not the only tough position Jamie finds himself in.

When Vanessa Ray (Eddie) shared the sneak peek video above, she captioned it: “That ponytail has some explaining to do.” Watching Jamie doubt his wife about where she’s going and then giving her a chance to stay home at him is just heartbreaking.

Blue Bloods co-star Donnie Wahlberg (Danny Reagan) replied: “Yo!!! WTH!!!??!! Is Eddie cheating on Jamie? If not, then why the heck is Jamie snooping in her phone?!?! I’m so confused and troubled by this scene.” Another fan replied: “This clip is making me freak out.”