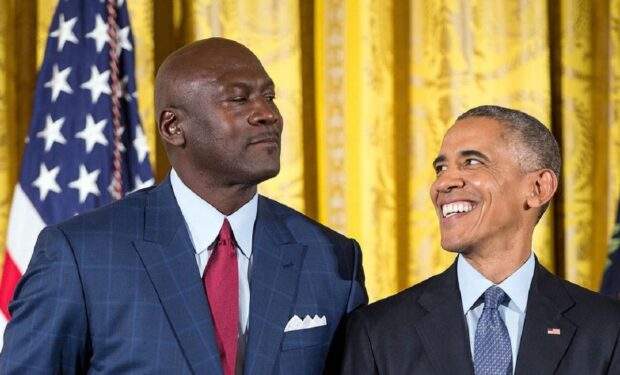 In recent years, NBA star Alex Caruso rocked the Staples Center almost as furiously as his teammate LeBron James when he starred in Hollywood for the Los Angeles Lakers. Lakers fans just couldn’t get enough of Caruso, with his signature bald dome and high-flying, above-the-rim style. Among all the other things he does well on the court, Caruso can really dunk with power and verve.

A funny, snarky, but respectful comment on the workout pic above calls Caruso “BEST BALD PLAYER IN BULLS HISTORY.” Now that’s what you call tongue in cheek talk.

Of course, if Caruso can pull that off and become the best bald player in Bulls history, he’ll also be the best basketball player in NBA history. It’s a position currently held by that other famously bald Chicago Bull…you know, this guy.

And while Jordan’s accomplishments will certainly elude Caruso, the former Laker sure does look to be in excellent form heading into the 2021-22 NBA season. And that’s whether he’s shooting jump shots or throwing pitches, which he did for the Chicago White Sox (see below) in another sign that Chicago’s arms are open to the new star! Caruso is writing a new chapter in his NBA journey. He’s going to be looking for a Scottie Pippen type!