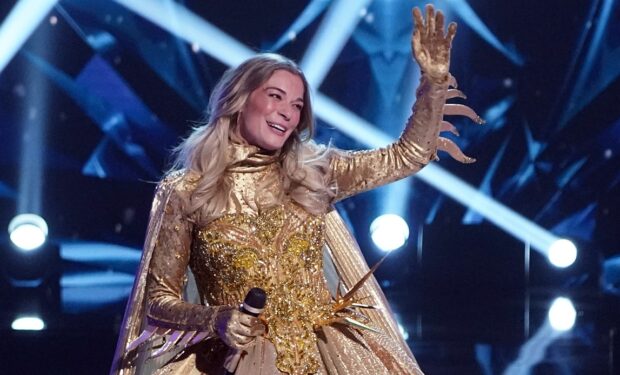 When not filming or promoting The Masked Singer, Season 4 winner LeAnn Rimes (who will be a panelist for the Season 5 finale on May 26), spends time with her husband, actor Eddie Cibrian. They just celebrated their tenth wedding anniversary at the beach in Cabo.

During their vacation, the country music star LeAnn posed in a cute yellow bikini. She titled the pool pic above: “Cover me in sunshine, Shower me with good times.”

LeAnn says she’s been dealing with the skin condition since she was 2. She’s had it under control for years until the stressful year of 2020 reared its ugly head and caused flare-ups.

One asked: “Did her psoriasis up and disappear? I’m always seeing pictures of her with a lot of skin showing. I didn’t know psoriasis could do that.” Others have been chiming in: “Skin is looking good.”