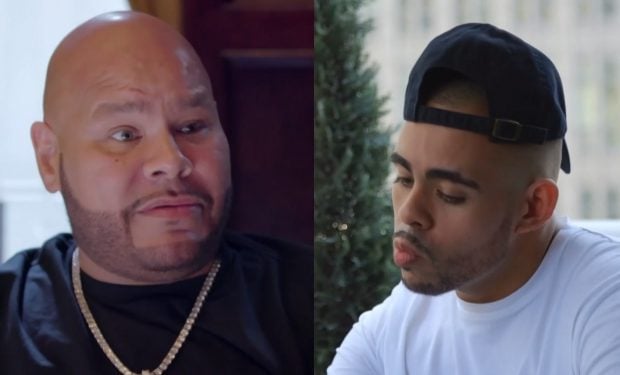 Fat Joe and Ryan on GUHHNY on WE

On the Growing Up Hip Hop: New York episode, ‘Free JoJo’, while Rev Run’s son JoJo Simmons is shook when he faces trouble with the cops, Fat Joe’s son Ryan gets manager Madina fired up. But she’s not the only one.

Fat Joe confides in his Murder Inc homies Irv Gotti and Ja Rule, “I love my son but I will not put him with a major label.” He gets heated just talking about it, “He has to do his own s—t.”

Ryan isn’t happy about his pops “stopping all the resources” right when his single is ready to go. When talking to Flavor Flav’s kids, Da’Zyna and Flee, Ryan curses his father’s name, “F—k, Fat Joe.” There’s just no way that kind of attitude or badmouthing his father is gonna help Ryan in the long run.

Growing Up Hip Hop: New York airs Thursdays at 9 pm on WE, right before Untold Stories of Hip Hop at 10 pm. [WE TV Digital App found here. Download is FREE.]