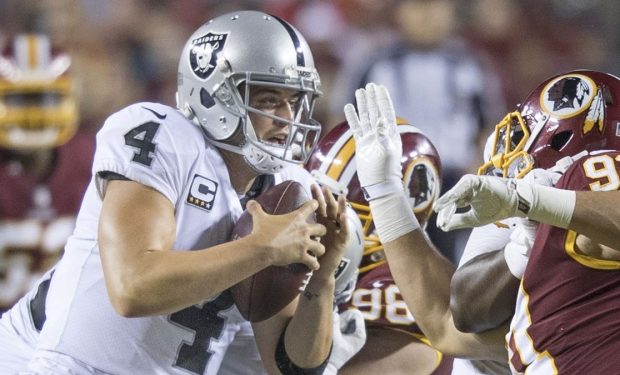 The late Oakland Raiders owner Al Davis, a man who did things his own way, put the identity and attitude of his NFL team into three memorable words: “Just win, baby.” Danish supermodel Josephine Skriver hears Davis’s call and it strikes a chord with her.

In fact, she’s really putting the black in the Silver & Black of the Raiders in the tiny lace bra lingerie Skriver wore when she invited her followers to a party at her house for the Raiders-Chiefs game. That wink lets you know it’s a tease, that you’re not really invited, but still…

Fans obviously wanted to come to the gig, but directions weren’t so easy to come by. Many wondered whether Josephine would be wearing this exact outfit while she watched the game. A few hipsters just wanted to know if there would be chips.

Hey Josephine doesn’t even have to be showing a lot of her famous skin to express her Raiders loyalty. Those lips and this t-shirt will do it!