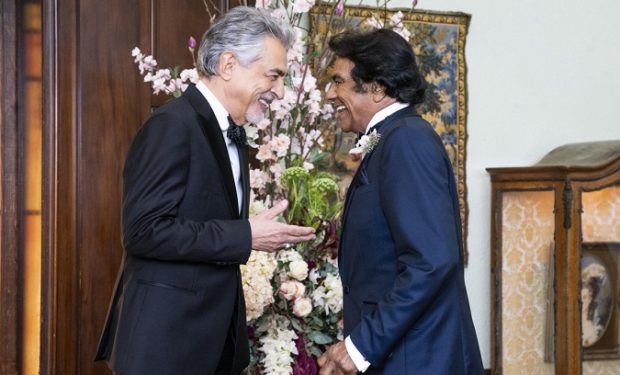 In the Season 14 finale of Criminal Minds “Truth or Dare,” after the BAU team investigates a series of fatal shootings in broad daylight following car accidents, they all get cleaned up for Rossi’s (Joe Mantegna) wedding. He’s remarrying his third ex-wife Krystall Richards (Gail O’Grady). Rossi and Krystall reunited in the March 2018 episode “The Dance of Love” which featured the Johnny Mathis song “I’ll Be Easy to Find.” So it’s not a big stretch for the 83-year-old crooner himself to show up at their wedding. Fun fact: The song was written by the late Bart Howard, who famously wrote the jazz standard “Fly Me to the Moon.” 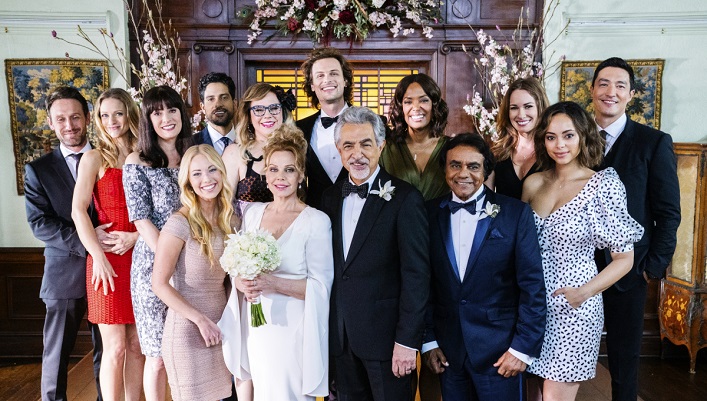 Fascinating fact about Mathis: In 1954, he went to San Francisco State College on an athletic scholarship (high jump, hurdles). While there, 5’7″ tall Mathis set a high jump record of 6’-5 1/2”, only two inches short of the Olympic record at the time. The only guy in the City of San Francisco who could jump higher than Mathis was future NBA star Bill Russell. Criminal Minds airs Wednesdays at 10 pm on CBS.