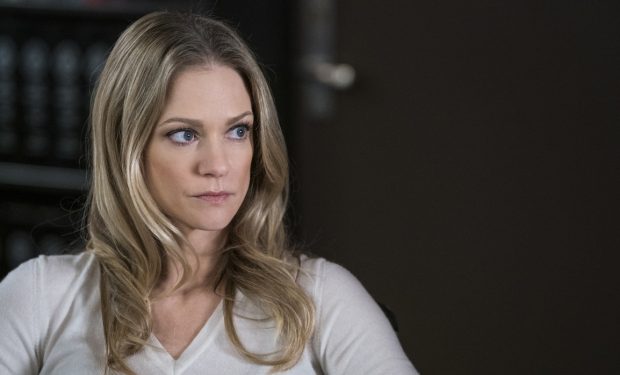 On the Season 15 double-episode premiere of Criminal Minds, the team looks into an unknown subject that reminds Rossie (Joe Mantegna) of “The Chameleon.” They also try to track down Everett Lynch (Michael Mosley) and his daughter Grace (Alex Jennings). Fan favorite actresses Paget Brewster and AJ Cook return for the final season!

Hours before the Criminal Minds premiere, AJ Cook (who plays Jennifer “JJ” Jareau) shared a photo of her with short hair (above) and captioned it: “New decade. New look.”

While most fans love it — including her co-star Aisha Tyler who called her a “FOX” — some are arguing about the new look and Cook’s decision to cut off her long locks.

When one fan questioned Cook’s decision because her long hair was “much more beautiful”, others argued that “because she wanted to and in no way does your opinion matter.”

When she posted the sneak peek photo above from Season 15 (she still has long hair!), she wrote: “Final season of Criminal Minds. I have the BIGGEST knot in my stomach right now. Just know that I’m right there with y’all. Serious #anxiety.”

Criminal Minds airs Wednesdays at 9 pm on CBS, right after Undercover Boss at 8 pm. [Watch On Your Phone with Amazon Prime or CBS ALL-ACCESS. Both options offer free trials.]