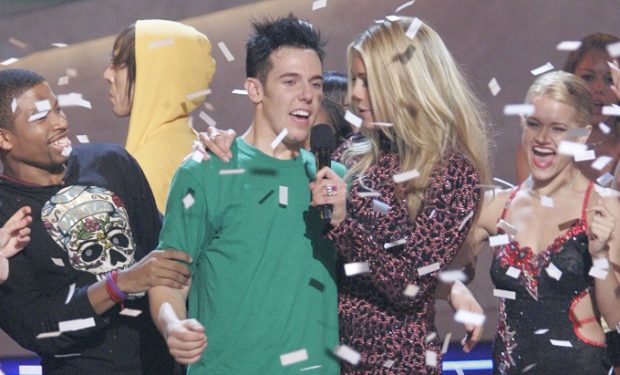 On the second episode of So You Think You Can Dance Season 15, get ready to see a familiar face. During the second night of audiences, judges Mary Murphy, Nigel Lythgoe, Vanessa Hudgens and guest star Stephen “tWitch” Boss will be treated to a performance by Nicole Clonch and SYTYCD Season 2 winner Benji Schwimmer. They dance a West Coast Swing number to the Francis Novotny song “Hit & Run.”