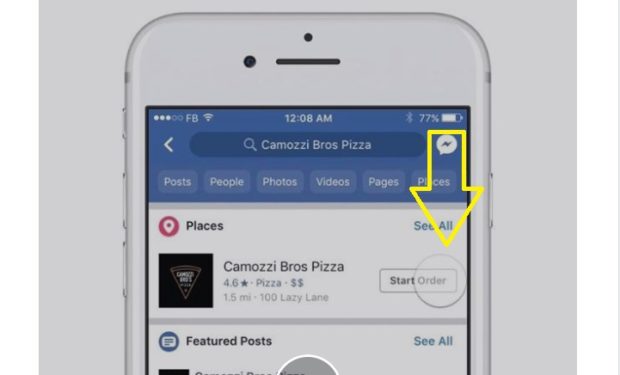 “Today we’re taking the time out of finding what you want to eat by officially launching the ability to order food for pick-up or delivery, directly on Facebook.”

So says the Facebook (why did they ever take the “the” out of thefacebook, it’s original title? Now that it’s become the most populous environment around, they should put it back. As in “the earth” and “the moon.”) Anyway, Facebook announced it will rattle Seamless, GrubHub and other food delivery aggregator apps. Facebook moves into this space because it can, not because people have been having a terrible time trying to getting pizza delivered. You’re already on Facebook, they know — you’re getting your info on how to vote there, so why not get what you want to eat there too? And on and on it goes.

Facebook announced that it is “combining options” from food ordering services like Delivery.com, DoorDash, ChowNow, Zuppler, EatStreet, Slice, and Olo. (Those services will do the order fulfillment, and you can choose which one you want to use — and sign up — without leaving the Facebook environment.) Facebook says local restaurants will get plenty of attention in the Facebook food ordering service — and of course, you’ll get to see what your friends like and what they have to say. The restaurant list is seemingly unlimited. In its announcement, Facebook mentions these 10 restaurants by name:

Here’s how it works: