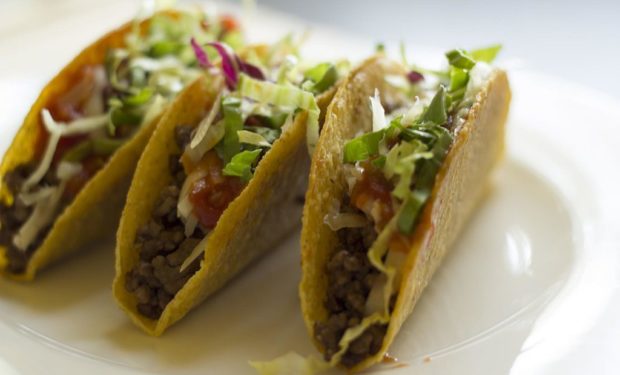 Tijuana Flats, which is totally delicious, is on it with $2 tacos. It’s a can’t miss:

On The Border is celebrating National Taco Day by giving away mini crispy tacos for 50 cents each!

Celebrate #NationalTacoDay tomorrow with 50¢ tacos at your local On The Border! ? ❤️ pic.twitter.com/In8j7q5EbK

TACO BELL is in on the National Taco Day scene giving a “gift box” of 4 tacos for $5. (including Cool Ranch, Fiery Doritos Lacos Tacos, and the Crunchy)

‘Tis the season for tacos. Celebrate with our exclusive #NationalTacoDay Gift Set, four classic tacos for $5. Available October 4 only. pic.twitter.com/GxcsUm2WhK

Taco Bueno is just giving away a free taco when you make another purchase. That’s National Taco Day freebie style:

Taco Day is TOMORROW! To celebrate, get a FREE taco with any purchase tomorrow only! Who’s ready?! ??? pic.twitter.com/Lnnx39VS0r