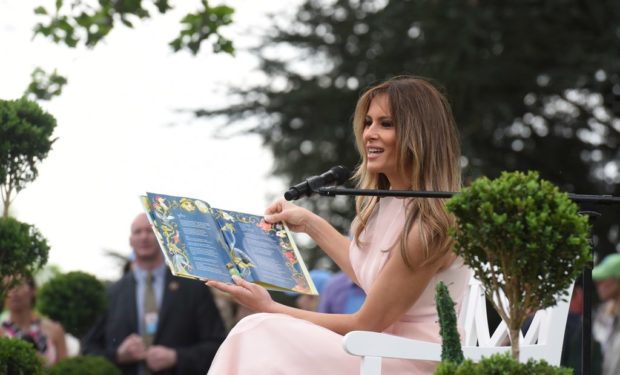 First Lady Melania Trump is Donald Trump’s third wife. Currently best known as a former fashion model, liberal borrower of speech text, and mother of Donald’s youngest child, 10-year-old son Barron, Melania Trump grew up in what was then Yugoslavia in the area that is now Slovenia.

Like many First Ladies — and most people, for that matter — the third Mrs. Trump is more than she seems on the surface. (The behind-the-scenes job of First Lady is such that we often have to wait for the books to learn more — like First Ladies: An Intimate Group Portrait of White House Wives.) But since so little is known about Melania Trump, she is sure to surprise in her public role. Take this fact: like many people of Eastern European heritage, Melania Trump speaks more than one language. In fact she is said to speak five of them: Slovene, English, French, Serbian and German. That is more languages than any previous First Lady has spoken. A few First Ladies — Elizabeth Monroe and Jackie Kennedy among them — have spoken French. Herbert Hoover’s remarkable wife Lou Henry Hoover knew Mandarin Chinese. Mrs. Trump will also be the first and only First Lady born in a foreign country since John Quincy Adams’ wife Louisa, who was born in England. Louisa spoke Dutch.