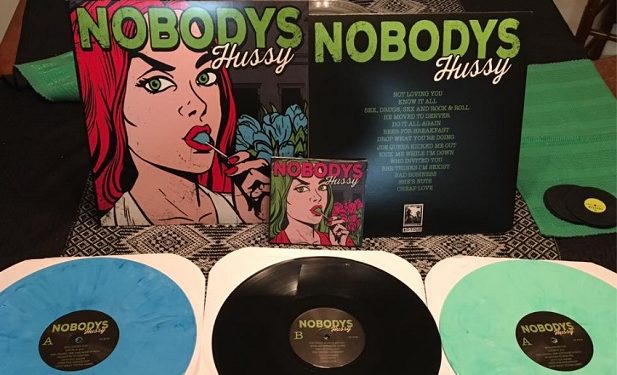 In the Bar Rescue episode ‘Punk as a Drunk’, Jon Taffer’s first impression of bar owner “JJ Nobody” isn’t a good one. JJ is the owner of Triple Nickel Tavern in Colorado Springs, Colorado but the former punk rocker admits the bar isn’t as important to him after losing his sister, mother and then his big brother to cancer. After experiencing such personal tragedy, JJ spends a lot of his time blowing off steam at the bar by roughhousing and “degrading” (Taffer’s word) his employees. As bartender Steven says, “It’s like a frat house but we’re old so it’s more pathetic.”

Based on the Triple Nickel Tavern Facebook page, it doesn’t appear as if anything significant has changed in the bar. The big news is that JJ and his punk rock band Nobodys are releasing their first album in 17 years — it’s called Hussy. It’s available on vinyl (in blue, black or green) or on CD for $12. Rad Girlfriend Records says of Hussy: “Nobodys maintain their juvenile sense of humor and party antics while providing a bit more of a personal look into what it’s like to really be a NOBODY.” Bar Rescue airs Sundays at 10pm on Spike.