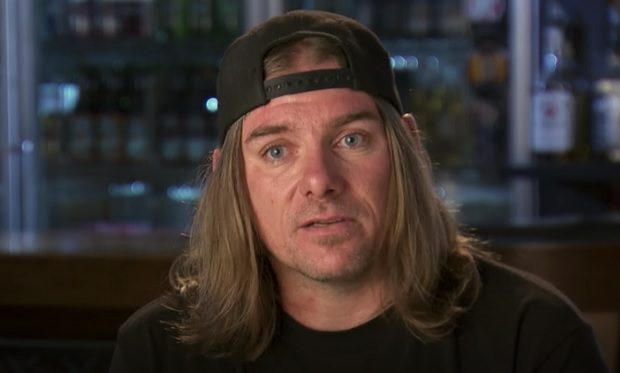 In the Bar Rescue episode ‘Punk as a Drunk’, Jon Taffer visits punk rocker “JJ Nobody” at his Triple Nickel Tavern in Colorado Springs, Colorado. When he first opened the bar, it was making about $25,000 a month. But a series of personal tragedies hit JJ — including the death of his sister, the death of his mother, and then the death of his big brother (all of cancer). JJ says “it put me in a bad place” and “the bar just wasn’t important to me anymore.” The big problem now is that on top of JJ’s lack of interest, he’s still hanging around the bar and has taken to roughhousing with the employees in the bar. As bartender Steven says, “It’s like a frat house but we’re old so it’s more pathetic.”

Before making his presence known, Taffer watches via surveillance camera as JJ instigates a semi-jocular (but is it?) physical altercation with one of his employees. In front of everyone, JJ pushes him to the floor. Taffer says, “I’m going in. It’s too degrading too watch.” Bar Rescue airs Sundays at 10pm on Spike.