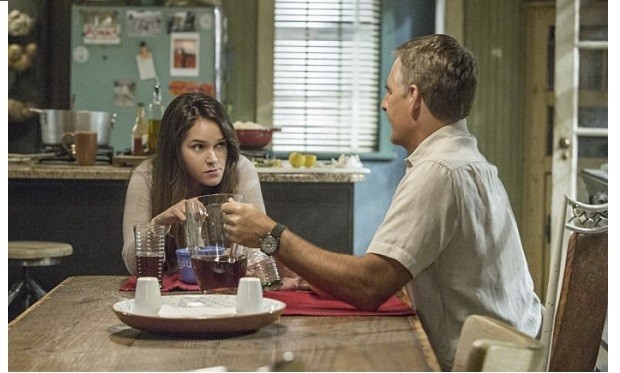 In the NCIS: New Orleans episode “Radio Silence,” while the team investigates the murder of a Navy captain who was attacked while on-air during his radio show, Agent Dwayne Pride (Scott Bakula) reunites with his daughter Laurel, who’s home to talk about her plans for the future.

Laurel Pride is portrayed by Shanley Caswell. The 24-year-old from Sarasota, Florida has appeared on several TV shows including Bones, The Mentalist, The Middle, and CSI: NY, among others. Caswell is also recognized for her roles in the scary movies Snow White: Deadly Summer