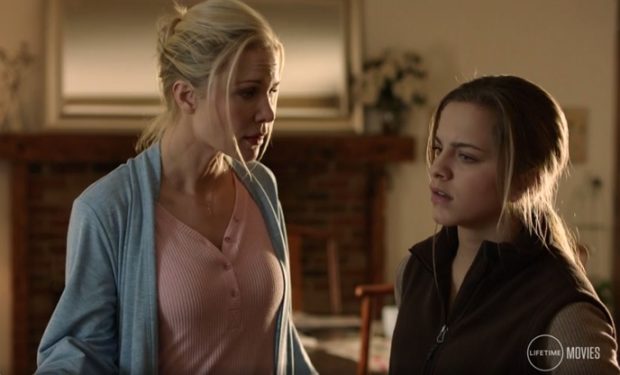 The TV movie Locked In is a thriller about a daughter and a mother who live on a family farm. Ever since Taylor’s (Kaleigh Rivera) father was murdered, the teenager has had to take care of her mother Ann Marie who suffers from agoraphobia – she’s afraid of leaving the farm. Taylor wants to leave (to live with her boyfriend) but things take a drastic turn when a dangerous storm heads their way and a stranger who claims to have run out of gas knocks on their door.

The mother, Anne Marie, is portrayed by Josie Davis. She’s known for her roles on Hollywood Heights (Daphne), Two and a Half Men (Sandy), CSI: NY (Calliope), Titans (Laurie), Beverly Hills, 90210 (Camille), The Young and the Restless (Grace Turner), and Charles in Charge (Sarah Powell), among many other TV shows and movies. Locked In premieres on Lifetime on August 19 at 8pm.