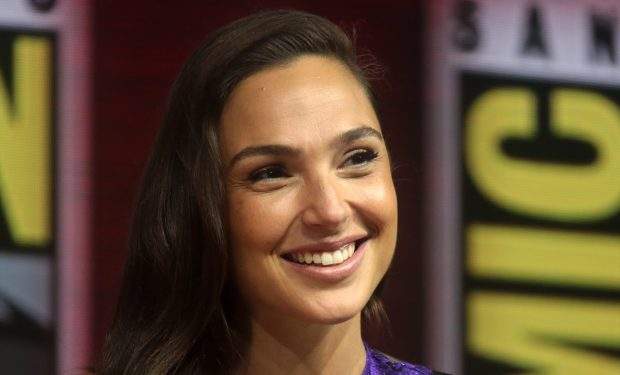 Hollywood movie star Gal Gadot is best known for her role as Gisele in the Fast & Furious movie franchise and as Diana Prince in the Wonder Woman movies. Like her superhero predecessor Lynda Carter, Gadot is a former beauty pageant titleholder, too, Miss Israel 2004. (Carter was Miss World USA 1972.)

When not on a movie set with director Patty Jenkins (see above), Gadot spends time at home. And after a long day, she enjoys a cocktail. As seen in the video below, Gadot twirls like a flamenco dancer as she mixes cocktails to the music of the late great Spanish virtuoso flamenco guitarist, Paco de Lucia.

Get ready to see more of Gadot: she will appear next on the big screen in the spy thriller Heart of Stone with Jamie Dornan (Christian Grey in Fifty Shades of Grey, and Pa in Belfast). Heart of Stone is expected to be released in theaters in 2023.

Maybe next time Gadot wants to unwind at the end of a long day, she will dance to the music of her co-star Jamie Dornan’s guitar-playing, as seen and heard above.