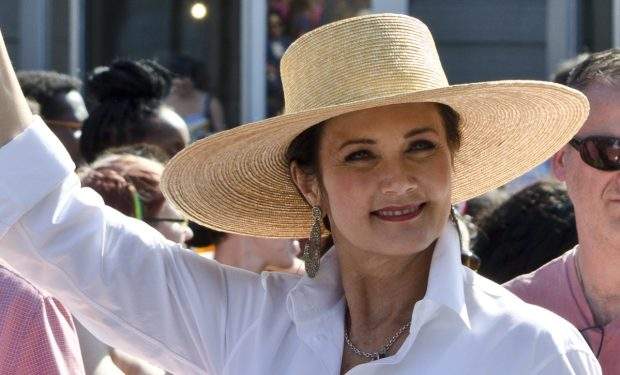 Carter titled the Wonder Woman still above: “When your kid is definitely too old to be carried in from the car at night…”

Carter recently rolled out a comedy series on Twitter with fellow singer, Dionne Warwick. In their Auntie Lessons, the two icons teach their fans “how to log off and touch grass.” As seen in the video, Carter rocks a pair of tie-dye pants and delivers a Deadpool joke with aplomb.

Carter’s fans are going wild for her sense of humor. As one fan puts it: “Lynda coming in hot with the comedy” with an applauding emoji.

Get ready to see more of Carter: she’s reprising her role as Asteria from Woman Wonder 1984 (see above) for the highly anticipated sequel, Wonder Woman 3, with Gal Gadot, who plays Diana Prince.