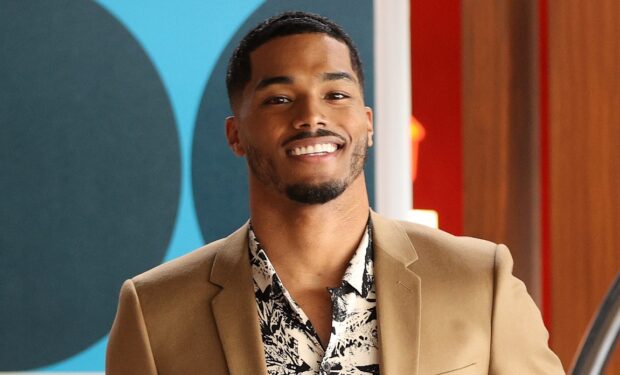 Rome Flynn is known for his roles on With Love (Santiago), Dear White People (David), How to Get Away with Murder (Gabriel), Tyler Perry’s The Haves and the Have Nots (R.K.), The Bold and the Beautiful (Zende), and in movies including A Madea Family Funeral (Jessie) and Drumline: A New Beat (Leon), among others.

When not on a TV or movie set, Rome plays basketball. Above: That’s him sitting on the gym bleachers with NBA star Kyrie Irving of the Brooklyn Nets and that’s Caris LeVert (formerly with the Nets now with the Indiana Pacers) behind them.

Get ready to see more of Rome: he stars in the upcoming Netflix series Raising Dion (based on the comic book) with Alisha Wainwright and Jason Ritter – premiering February 1, 2022. Watch trailer below.

The Rookie airs Sundays at 10 pm on ABC.