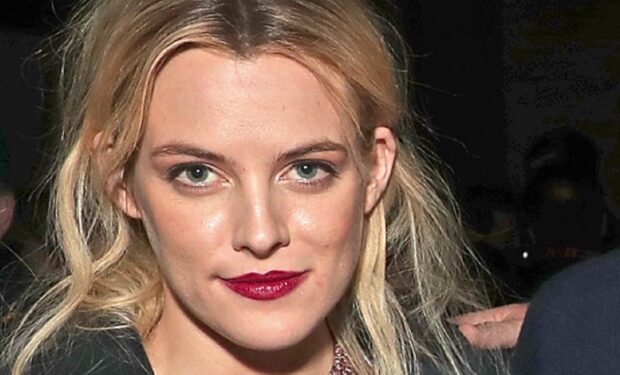 Riley Keough, granddaughter of the late Elvis Presley, stars in the film Zola about a stripper named Zola (Taylour Paige) who goes on a wild and dangerous road trip to Florida. The film is based on the tweets of A’Ziah King (the Zola character).

When not on a Hollywood movie set, the 32 year old actress enjoys the great outdoors with friends and often in a bikini as seen in the stunning photos above. In the third photo, Riley is wearing a cute coral-color bikini by Mikoh, who writes: “Coral is definitely your color. Looks amazing on you!” Riley’s fans agree.

Get ready to see more of Riley: she will appear next on the big screen in the action/crime movie The Guilty with Jake Gyllenhaal and Ethan Hawke.