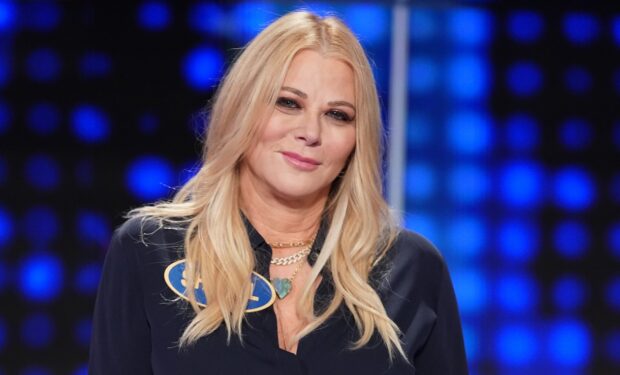 Hollywood actor Rob Lowe currently stars on the FOX drama 9-1-1: Lone Star. When not on the set, he spends time with his gorgeous wife of 30 years, jewelry designer Sheryl Berkoff. Together, with their two adult sons John and Matthew, the Lowe family plays a round of Celebrity Family Feud against actor Terrence Howard and his wife and friends.

For the televised event, Rob rocks a black leather jacket while Sheryl rocks a pair of leather pants with a dangling gold chain and open-toe strappy heels. See photo above.

Her line, Sheryl Lowe Jewelry, is available at stores including Nordstrom. Celebrity friends including Oprah Winfrey and Katherine Schwarzenegger are fans — see photos below.