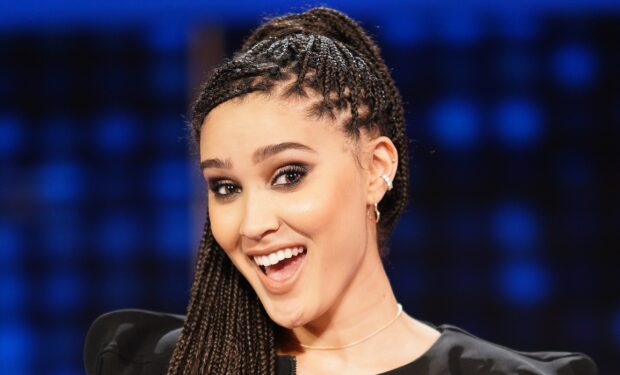 On Season 8 of Celebrity Family Feud, host Steve Harvey welcomes the casts of two TV series, High School Musical: The Musical: The Series and Netflix’s teen romantic comedy Never Have I Ever.

For the charity game show, Never Have I Ever star Lee Rodriguez (Fabiola Torres) stuns in a tiny leather/pleather mini dress with a pair of white sneakers.

Fun fact about Lee: she made her national TV debut (as Naomi) on the 2018 grown-ish episode, “If You’re Reading This It’s Too Late.”

Brush up on Season 2 of Never Have I Ever (trailer above) before the Season 3 premiere on Friday, August 12.