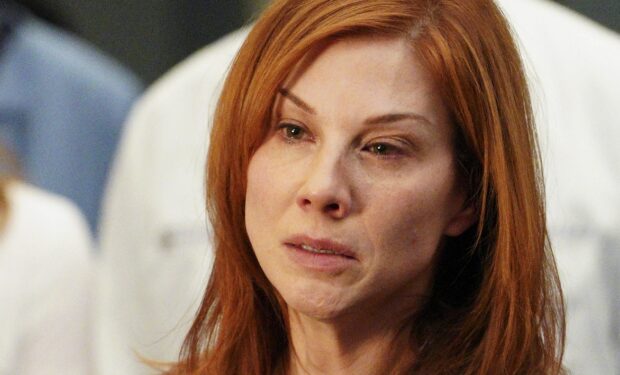 On that Grey’s Anatomy episode, Opal went to the hospital pretending to have been mugged and hit on the head; but she really just wanted to check up on fellow human trafficker Bob Corson who suffered from burns, after a couple of girls he’d taken set his basement on fire. When Opal later snuck out of the hospital, DeLuca recognized her from a previous, suspicious visit with a girl named Cindy. Opal claimed to be Cindy’s aunt.

Opal is portrayed by Stephanie Kurtzuba. She’s best known for her roles on Blue Bloods (Sgt. McNichols), The Good Wife (Olivia Suconik), and in films including The Irishman (Irene Sheeran), Annie (Mrs. Kovacevic), and The Wolf of Wall Street (Kimmie Belzer), among others.

Station 19 airs Thursdays at 8 pm on ABC, right before Grey’s Anatomy at 9 pm.