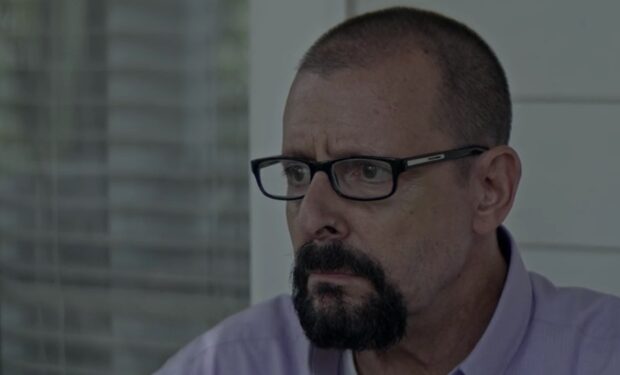 Judd Nelson in 'Girl in the Basement' (LMN)

The protagonist of the Lifetime movie Girl in the Basement is teenager Sara (Stefanie Scott). Right before turning 18, her father Don imprisons her in the basement of their home. Don tells his wife Irene (Joely Fisher) that Sara ran away. For more than 20 years, Don keeps Sara in the basement, where he tortures and rapes her. Sara gives birth to several children, alone in the basement, before finally escaping.

Don is portrayed by Judd Nelson. He’s best known for his “Brat Pack” roles in the John Hughes movie The Breakfast Club (Bender) and St. Elmo’s Fire (Alec), among others. Judd is also well recognized for his TV roles on Empire (Billy Beretti) and Suddenly Susan (as Brooke Shields boss Jack).

Girl in the Basement premieres on Lifetime Movie Network (LMN) on Thursday, March 11 at 8 pm.